Rambling Ace of the Osage 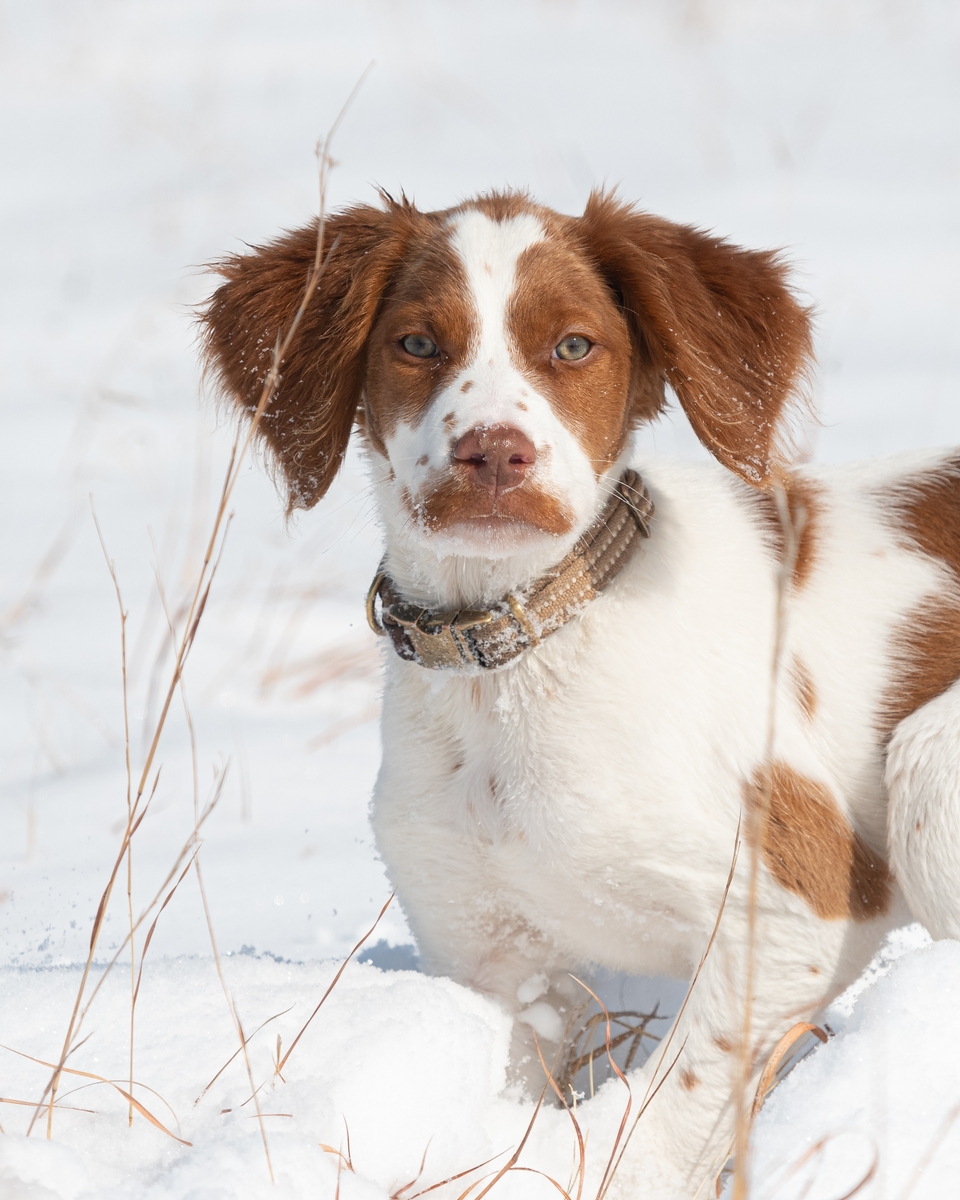 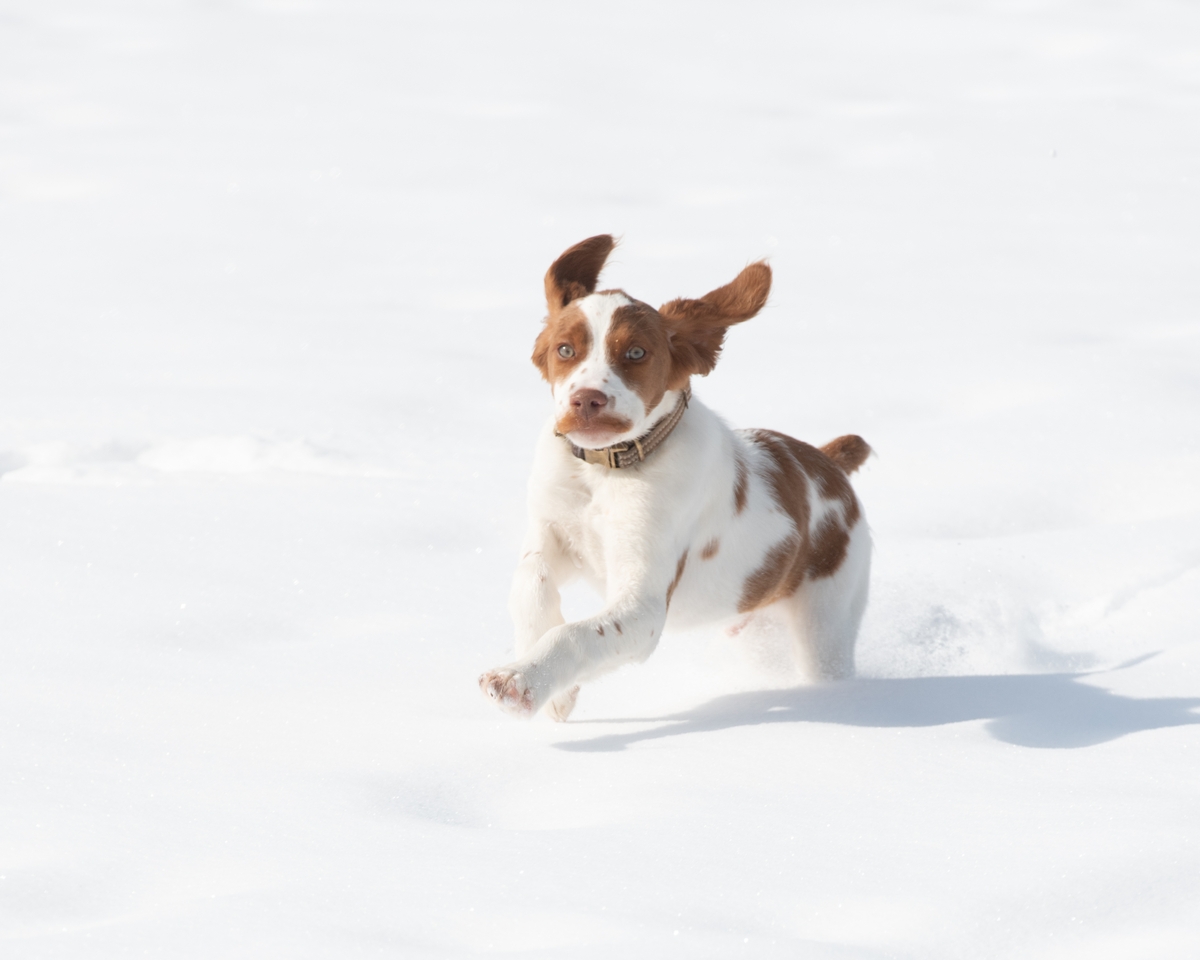 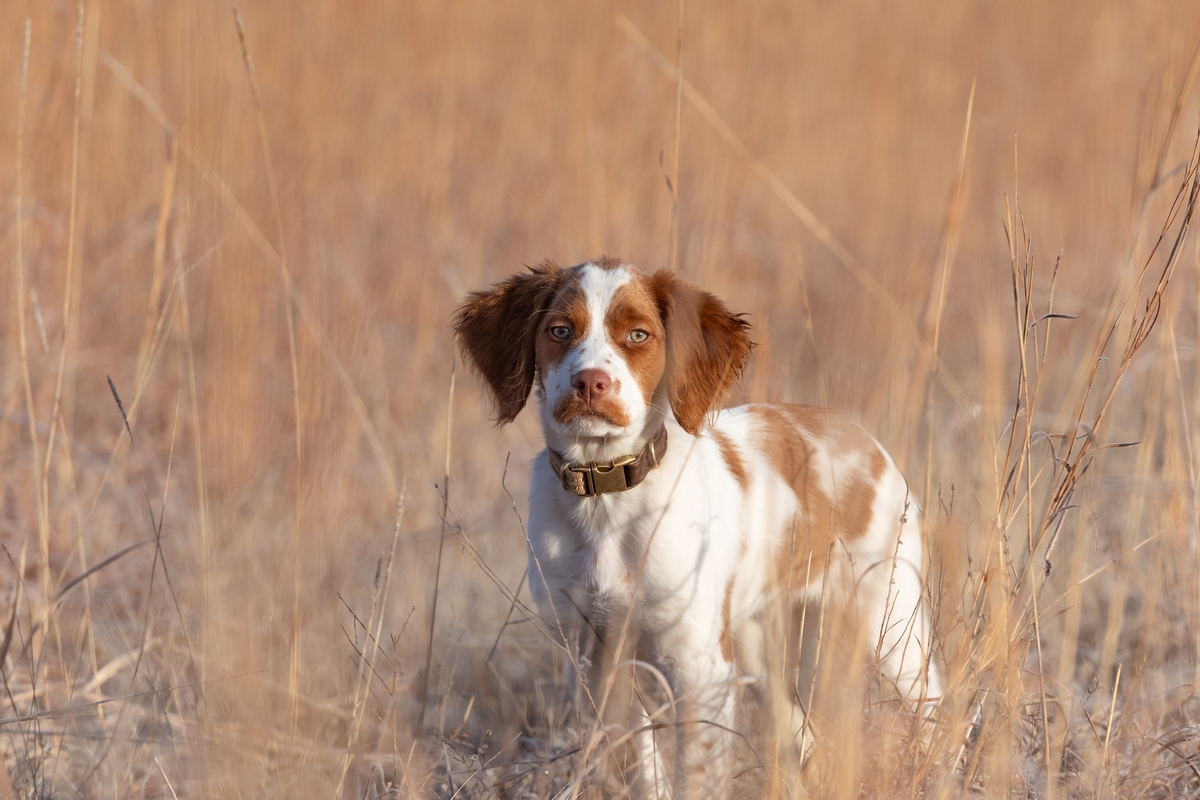 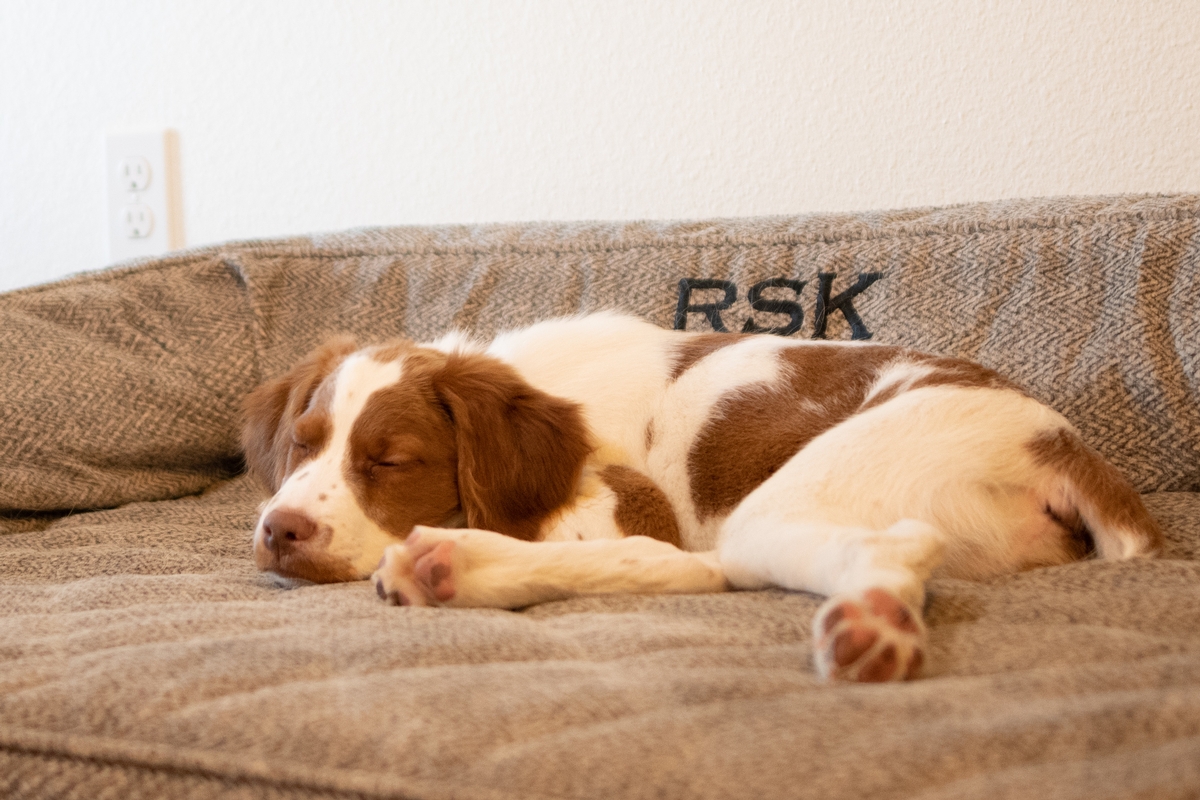 Rambling Ace of the Osage ("Ace") is a nice, big running, wild bird hunting prospect. He has a sweet demeanor and a big motor.

We purchased Ace from his breeder, Carter Kennels, in January 2021 for $2,500. Since he came to be with us he has been socialized at our house, crate trained, he is introduced to place training in the house, introduced to the field and working quail. Unlike many pups his age, when he is turned loose in the field he is focused on finding game and knows how to use his nose to work scent. He has a lot of potential as an excellent gun dog.

Ace's pedigree is first-rate. He is a frozen semen son of NGDC NAGDC FC AFC Peter Gunn who shaped the history of the Brittany breed when, in 2009, he is said to be the first dog to earn both National Open and National Amateur Gun Dog Championship titles.  During Peter Gunn's field trial career he racked up significant wins, including: the 2012 International Brittany Shooting Dog Championship title, the 2012 International Brittany All-Age RU Championship, the South Continental Breed Shooting Dog Championship, 4 American Field Championships, as well as National Shoot to Retrieve wins/placements. Peter Gunn remains the only dog to have won both national championship titles in the first year. He was also awarded the 2010 Magnum's Masked Man award, 2012 National Tri-Tronics Top Shooting Dog award. He is promoted as being the first dog in the history of Brittanys to have been awarded every national gun dog/shooting dog title and award possible.

Ace's dam is Never Looking Back. According to her owners she is "snappy, animated, and forward moving with a ton of drive and stamina." Never Looking Back is a frozen semen daughter of 2xNGDC DC AFC Winchester of Hanging Jaze. Her grandsire is Hall of Fame inductee FC AFC Rimarda's Trademark, who held a record for the most hour wins during the 1990's. Rimarda's Trademark was a 5x American Field Champion, the 1990 Iams All Age Dog of the Year. His pedigree goes back to greats such as; NFC DC AFC Ban-Dee HOF,  NAFC FC AFC Brandy's Bullet HOF, NAFC FC Gun-Runner's Far Out HOF, NFC FC AFC Bazooka's Brandy HOF, and NAFC DC AFC Gingo De Britt HOF. As a producer Rimarda's Trademark left a mark on the Brittany breed. He had the distinction of his get earning 5 Dual Champions, 32 Field Champions, and 24 American Field Champions. His genetics are in the pedigrees of notable dogs such as NFC DC AFC Gambler's Ace in the Hole (Hall of Fame), AFC Jerob's Magic Tradewinds (Hall of Fame), NFC FC Rimarda's Gambler, NAFC FC AFC TM's Tennessee Twister, NGDC FC AFC Hybrittin's Hot Pursuit, and NFC FC Farther Out Ace.

Ace is offered as a young started Brittany. He will continue to gain experiences as he lives with us. His price will increase to reflect his experiences. At the time that Ace goes to his new prospective home he will be current on vaccinations, wormer, and have a vet check. Ace has a full AKC registration that will be transferred to his new owner.

If you are interested in Ace, please email us.