Wrapping up this Season's Quail Hunts! 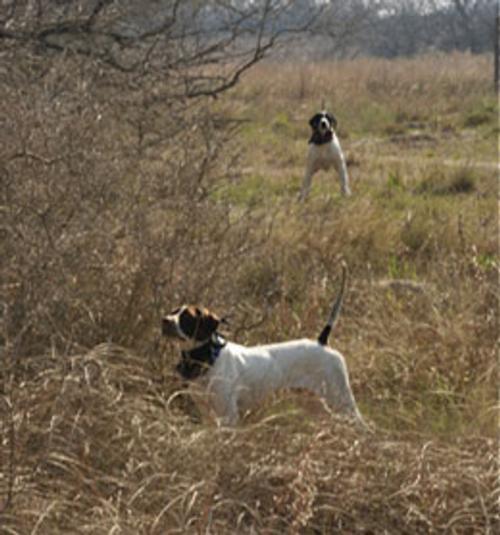 The Texas quail season is coming to a close. It has been tough all over the great State of Texas this year. The unpredictable Texas weather made it difficult for the young quail chicks to survive. First, there was almost a year of little to no rain, followed by months of over 100 degree temperatures. It wasn’t until this fall that most of Texas began to see some much needed rainfall. Ranchers and wildlife experts began seeing “bumble bee” sized chicks quickly, however, it appears that an early cold snap took its toll on that last hatch. It is estimated that 20% of this year’s quail crop survived to maturity. Therefore, the majority of the quail we worked this year were last year’s birds…and there is a reason they are survivors! These wily quail either tuck in so tight that you and your dog could work right over them in the cord grass or sacahuiste or put on their tennis shoes and take you on a trek working scent for over a quarter of a mile! It made for a sporting year for all Texas quail hunters and many more quail lived to reproduce than what was harvested by hunters.

Sheer luck allowed us to get some fantastic bird work done with some of our first year dogs on the string. Pairing a young dog with an old proven bird finder, we were able to keep the young ones in enough birds to keep them focused and learning. It looks like the end product is some sure enough young bird dogs! Our youngsters, Bo, Maria, Vegas, and LB, learned life lessons of how to work wild birds in tough scenting conditions. Below is a picture of Vegas pointing a nice covey at the edge of a mesquite mott. Bo is honoring in the background. We were able to harvest two birds from that particular covey and both dogs had nice retrieves. It makes both of us giddy seeing a new group of classy young pups out there each season doing what they are bred and trained to do!

Thanks to everyone that hunted with us this year! We enjoyed each of our outings with you and hope to see you again next year!