Located in the rolling hills of northern Osage County, Oklahoma, our Prairie Hills Ranch provides a respite to a fast-paced world full of concrete and is the home of Ronnie Smith Kennels (RSK). Pavement ends well before you cross in to the Prairie Hills Ranch and you can feel the stress melt away as bird dogs and the great outdoors become the center of attention.

This area is a unique part of the country where you can drive a few miles from our ranch and see thousands of buffalo and mustangs. Our hometown of Pawhuska is also the home of the Pioneer Woman, Ree Drummond, and the location of her fabulous Mercantile. The area and people will welcome you and leave you with a smile. There is no denying the majesty of the Osage when you see a golden sun setting upon layers of hills carpeted in waving grass and dotted with oaks.

RSK is known for producing fine bird dogs over many decades, however, it remains a labor of love and devotion. It is not a 9 to 5 job, but instead a part of our family and a driving force in our lives. We are proud to work hard to help bird dogs be the best version of themselves.

RSK is unique in that it is run by a bird dog training duo that work side-by-side every day and that share a common vision of building each bird dog up to be the best possible hunting dog. We work diligently training each dog and both personally take pride in helping to improve how each dog thinks and behaves. With the power of a proven training format and combined decades of experience, we have the tools to give each dog the best opportunities in life.

A personal note about us

RSK has been a family endeavor for decades. Ronnie Smith Sr., started it back in 1956 in Big Cabin, Oklahoma. His son, Ronnie Smith, Jr.'s  earliest memories are of being with his father at the kennels. As a toddler he was cleaning kennels and filling water buckets. At the age of 14 Ronnie’s dad set him up with his first professional training dog. His father’s patience with a young boy in the kennel sparked a passion and a love of dogs that have been a driving force throughout Ronnie’s life.

Ronnie began running RSK on his own in 1982 after his father passed away. Since then he has worked diligently to improve the business and the training format. He has spent decades giving seminars across the country, helping people to better understand their dogs and how to interact with a dog in a way that helps the dog.

Ronnie spent much of his life in guiding camps where he guided hunts for wild bobwhite quail on some of the largest ranches in Texas. He has run the guiding operations on the 6666 Ranch, Mariposa Ranch and the Norrias Division of the King Ranch. Ronnie has had the privilege of guiding dignitaries such as President George H. W. Bush, President George W. Bush, Secretary of State James Baker, astronaut Eugene Cernan, and hall of fame football player Lynn Swann.

Even though he is a member of a family recognized for their training abilities, whom many call "bird dog training royalty," Ronnie always remains very humble and eager to learn from others. He is the consummate student of animal behavior and will always be looking to animals to learn more about them. He, like all of the Smith boys, simply enjoys bird dogs and feels privileged to work alongside them.

Ronnie’s uncle is the bird dog legend Delmar Smith. Delmar is recognized as the founder of the Smith Training Method and is a Field Trial Hall of Fame inductee. Delmar’s field trial career gained him early recognition in the 1950s and he built on that knowledge for the remainder of his career. He began the well known Smith Training Seminars which his son, Rick Smith, and Ronnie still continue. Delmar's long career in the bird dog world has garnered recognition through many awards, such as the T. Boone Pickens Lifetime Sportsman Award. Called a "living legend" by many, Delmar has left an indelible imprint in the bird dog industry. Both Delmar’s sons, Rick and Tom, are also noted for their skills with bird dogs. Rick is a Brittany Hall of Fame inductee and also a Smith Training Seminar instructor. His brother, Tom, trained bird dogs for the public, campaigned dogs in horseback field trials, and guided wild quail hunts throughout his career. Bird dogs and upland hunting are a way of life for our family.

At our kennel, we maintain a family atmosphere. We incorporate our kids, Reagan and Gage, in our daily life with the dogs and encourage others to involve their kids as well. We believe it is important to have youth to be a part of the outdoors and for young ones to experience the joy a bird dog can bring. We hope everyone that comes to our facility to work bird dogs leaves with a renewed sense of enjoyment of bird dogs and the outdoors.

I changed my career path and began training bird dogs full-time in 2006. My background studying animals and working with animals' mindsets has given me a broad base of knowledge to draw from when training bird dogs. When working any species of animal you have to have empathy for how they view the world, an understanding of what they need in order to be able to make good decisions, and knowledge of how to show them the correct behavior. There is a lot of joy in teaching any animal the behaviors that help them blossom!

Spending my youth working on my family's ranch in West Texas instilled in me an appreciation of nature and animals and a desire to always do better in my interaction with them. I have a General Business degree from Texas Tech University and a Juris Doctorate from St. Mary's University. Yet all of my formal education led me right back to living a life outdoors, studying animals. You might say Ronnie and I are destined to always be students.

I feel very fortunate to be able to document our unique way of life through my photos. We are blessed to be able to work with great animals in stunning locations across the U.S. The photos you see throughout this site are of dogs whose lives have intersected ours and who show the intensity, desire, and class that everyone yearns for in a bird dog. What magnificent animals they are! 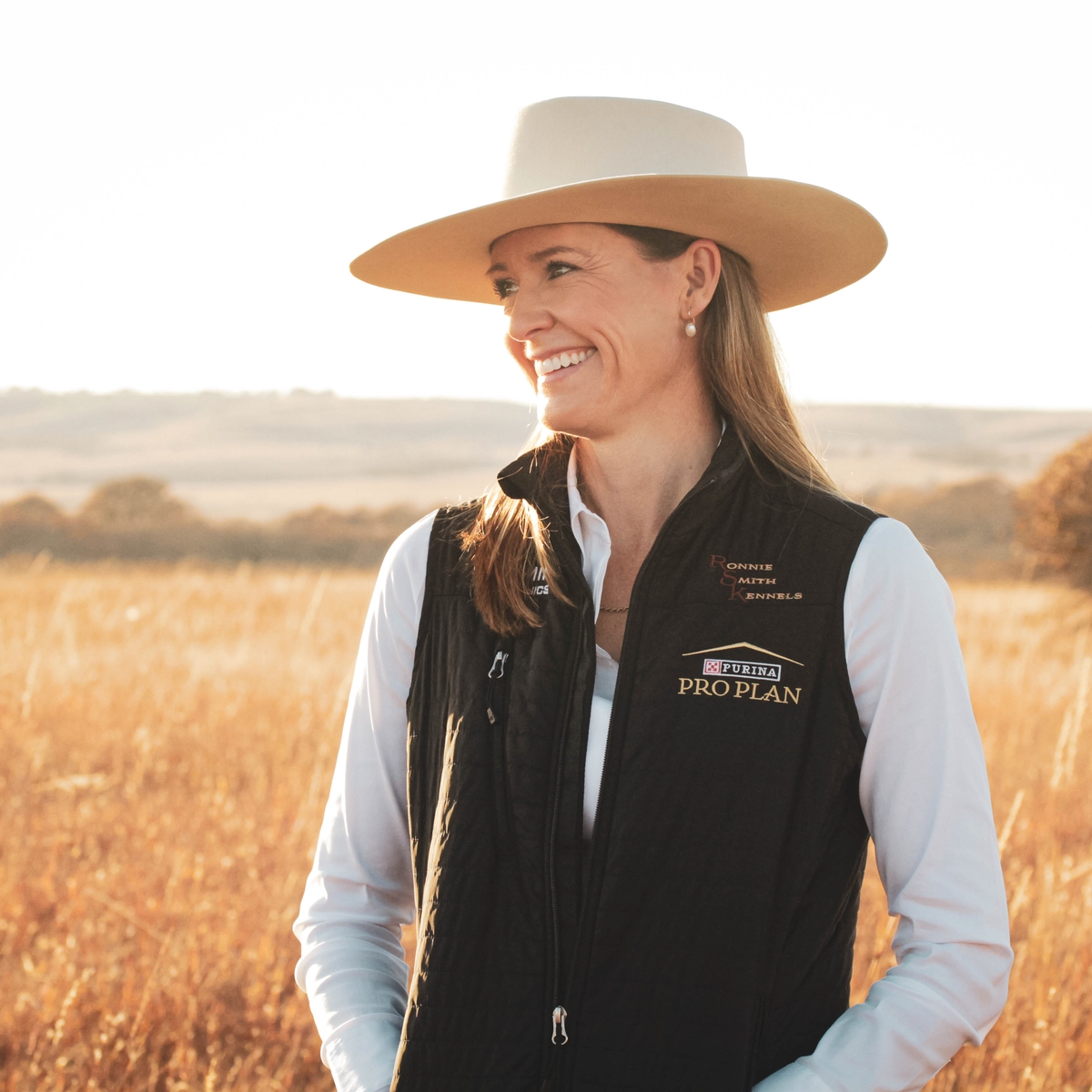 Together Ronnie and I work daily to help bird dogs navigate life in a human world. We constantly strive to enhance our already proven structured training format. We have been blessed to be recognized as leaders in the industry. We are proud to have strong working relationships with other industry leaders such as Purina, Garmin, Gun Dog Supply, and Orvis. We have been fortunate to be featured in many publications such as Pointing Dog Journal, Gun Dog, Outdoor Life, Shooting Sportsman, Field and Stream, and Covey Rise. Ronnie is a frequent guest on the Big Billy Kinder Outdoors radio show. A few years ago one of our quail rigs was featured in the book Texas Quail Rigs by A. Lokey which showcased the unique quail rigs found on hunting operations across Texas. We have been recognized by Garden and Gun magazine by being included in their selection of Five of the South's Best Gundog Trainers. For many years Ronnie has been selected as a presenter on the Bird Dog Bonanza Stage during Pheasant Fest.

Ronnie and I continue to improve our Smith Training Method and work to share what we have learned with other bird dog enthusiasts. We hope to see you in the training or hunting field someday!